As I grew from boy to man on 40 acres of undeveloped land, I enjoyed the finest in entertainment activities.

I could ride a bike, climb trees, have nuclear war with my brother (using the approved weapons of course - the dirt clod, the china-berry or plum, and the dreaded hickory nut), shoot our BB guns, play baseball and football, and just have a good time. Later on when we were older, we rode motorcycles, played church softball and basketball, and went hunting and fishing. No XBox, no Wii, no iPod - I know, right? How in the world did we live while dodging raptors and looking for fire? :)

We have few if any pictures to look at and reflect on those times we had. We had school pictures, Easter and Christmas pictures, but none of my brother and me just living.

But I do have a physical way of remembering many of the things that happened in my life through the years. They are always with me. During the time of the Vietnam war draft, they served as my identification - what made me different than any of the other 18 year old boys worried about going off to war. Of course I've added new ones since then, life goes on after all. Now every now and then I happen to rub or scrape one and I'm brought back to the day it happened - to exactly what I was doing, just how it felt, what others did to help me, and how it all turned out. 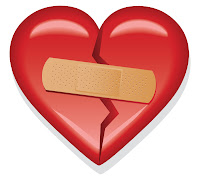 If the draft board had come looking for me, they'd have picked me out of a crowd by my scars.

Was listening a while back to people as they talked about why they weren't in church anymore. "Just doesn't do anything for me." "I was hurt badly by someone and don't need that." "We had a split over how to ____ (you fill it in with anything from the color of the carpet to the pastor's office hours) and I just left." "I was burned out." Lots of reasons.

You know, I've read through the Scriptures several times over the years and spent a fair amount of time examining what they say.

Couple of things come to mind.

First, Christianity isn't for wimps. The people of faith didn't see a whole lot of amazing, colossal, awesome success. What they saw was a struggle to be true to their God in a world that was hostile to Him and them. Then there's the fact that you practice your faith with people just as messed up as you. It takes time for us to totally be made over by the Holy Spirit into the very image of Jesus. Old attitudes and actions have to die. So there will be times when Christians will still hurt each other - even deeply. We can heal those wounds in love if we'll follow our "owner's manual."

Secondly, rather than get distracted by the wounds they received while living out their faith - they used the scars they received as identification. They were also able to "show and tell" how the love of God healed them and empowered them to keep going in His service. Putting the distractions behind them, they traveled on.

Galatians 6:17 (Msg)
Quite frankly, I don't want to be bothered anymore by these disputes. I have far more important things to do—the serious living of this faith. I bear in my body scars from my service to Jesus.

Jesus had said, "They will know you are my disciples by your love for one another." But loving one another is risky business. Even in ministry, people can hurt one another so deeply it leaves scars. Someone once told me "I've never been hurt as badly or as often than at church."

Friends, I've been there and done that. I could dwell on those, keep rubbing those scars, and get nothing done. Or I could thank God that He counted me worthy to be His ambassador for Christ and stay in the game.

I won't be called on to write any New Testament books, but in the serious living of this faith, I'm with Paul. If you've been hurt, wounded, even scarred while trying to serve Christ, just count your scars as a measure of identification.

When the Master comes looking for His disciples, you'll be easy to spot.