"So how big did this place get?" 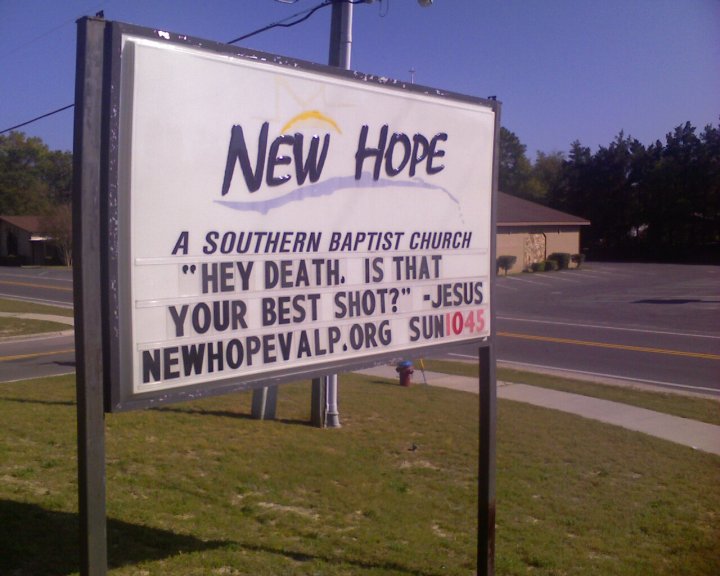 It's funny how an offhand comment or question can sometimes drive me into periods of really deep thought and reflection. That's really not a neighborhood I frequent much anymore, simply because the pressure of getting this done NOW is so much a part of my life. Between church and school there's just not much down time.

The question came from a friend while we were preparing meals to be delivered to people who live in the neighborhoods around the church. I could be there because it was a "snow day" for us at school, so I could help Bunny get the cooking done and then be able to show up at church hours earlier than normal. His job on base let him be there too. The roads were icy, and most people had hunkered down at home, but that didn't mean they didn't need a hot meal. So some of the folks at New Hope turned out including this young man.

He and his family had simply showed up one Sunday and quickly became a part of our church. Their heart for Christ and willingness to serve have just endeared them to everyone at New Hope. And their precious daughter is a sense of endless fascination and joy while we watch her scamper around. It's been a great blessing to have them within our church family.

So his question was delivered while he and I were filling clam shell containers with black-eyed peas and rice. Not a probe, just a curious question. But it's made me think.

I answered him like most pastors would do - with numbers and relating them to the size of our sanctuary and number of seats. It's possible I mentioned some of the factors that have caused those numbers to shrink - but I don't think so.

At any rate we kept filling the containers with food, and another New Hope family member came in with some rolls to add to the meal. Then in a little while another brother came in to help finish up "plating" the meal and help deliver them. And once we got them all filled, we left and delivered them all - 99 meals to people who needed them, and maybe reminding of the fact that God loves them and so do we.

Today as I was taking a look at Sunday's Bible study, the conversation came back to my memory. You have to understand - I've spent over 14 years at New Hope, preaching and teaching the Word, loving and praying for the people, and doing whatever it took at the time to see us love people and reach them with the love of God. There have been times I wanted to leave out of frustration with what was happening, and a couple times I could have left, but I knew absolutely it was God's will for me to move here and though it has been tough at times, He has never released me from this call. So here I am.

Look - we've had more people. Twice as many plus some. We've had some really great folks come and serve with us, and then move away or move on for one reason or another. God bless them all. I'll be forever grateful for what they meant to God's work at New Hope, and what they meant to me personally.

You don't serve with someone, spend time in each other's homes, do funerals for their fathers, mothers, and pets; you don't stand up with their children as they pledge their lives to God and each other; you don't laugh and cry with them - without a feeling of loss when they leave. Not sure many people understand that when you have prayed for a person as their pastor - calling out to God for them by name everyday for years, you grow kind of attached. So yeah...

But you have to understand this too. A pastor does not live in the past, he runs to the future, because that's where his prayers to the timeless God he prays to - lead him. I'm always praying for another chance to see God capture the heart of a child, of a teen, of an adult. I'm always hoping to be there when God mends a broken heart or when He sets one on FIRE for souls. That's what drives me - what keeps me excited about being a pastor.

And right now I'm seeing a rekindling of that fire in the people of New Hope. We may have less people, but we have a group who love, who serve, who give, who want to see the Kingdom come and His will be done right here in a small church in a small town.

"So how big did this place get is?" a question I hope to ask the Father one day. In person.

I really expect to be blown away.

Because Scripture tells me that God can do more than we can ask or even imagine. And I believe it with all my heart.