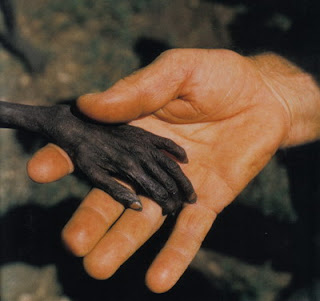 It's the hand of a child in Uganda, being held loosely by an American volunteer who came to Africa to bring hope to the hopeless. Uganda has seen its share of trouble - from despotic dictators, to famine and unrest. But in recent years, as the heart of God's people was moved by the Holy Spirit to care for the poor, more and more Christians and others of like minds headed into the country, pictures like the one above have ceased to be taken there. 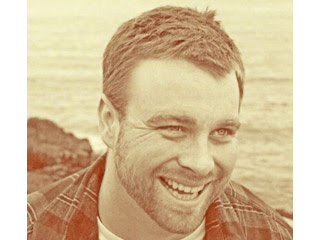 Here's another picture.  It's the picture of one of those Christians that came to Uganda to make a difference. His name was Nate Henn and he was a volunteer with Invisible Children - an NGO that hoped to reach and care for the children who had been forced into the wars as soldiers. This weekend Nate went to watch the World Cup final with some of "his kids."

Terrorists detonated bombs during the match that were designed to inflict the most damage possible. Nate perished in the blast along with over 60 others and some of the children were injured. A Somali- based Islamist group claimed responsibility for the blasts there and another elsewhere in Uganda. They hoped to sow fear and they succeeded. But they did not win. Nate gave his life for the kids - he didn't lose it.

My prayer is that the publicity surrounding Nate's death will cause a flood of even more people who are willing to come and serve and if necessary, die to be God's hands and feet to the poor and defenseless. Jim Elliot said it best - "He is no fool who gives up what he cannot keep to find what he can never lose." The work Nate did here on earth will live on. But we mourn his passing tonight and pray for his kids.
Posted by David Wilson at 9:52 PM