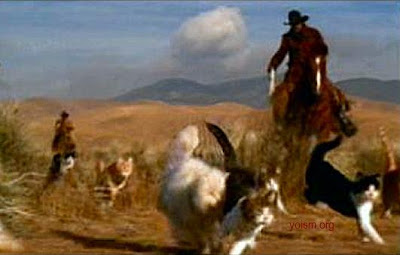 So I talked to this guy from a search committee last week. Nothing new about that, it happens every now and then. I'm still where I started out ten years ago and enjoying what God is doing more than ever. But I've always operated by the conviction that I serve at the pleasure of God. So when He decides that this tour of duty has come to a close, I reply "Yes sir!" and pack up and go to the next assignment. I'll talk to anyone about reaching people and God's Church, but again - I've been here 10 years.

Apparently one of my friends thought I'd be a good fit for this church's situation. Remind me to talk to him.

We had an opening flurry of emails, and they wanted to talk on the phone. So I checked out their website and nothing on it suggested a great deal of interest in people on the outside. It did though show me that they were doing "church" extremely well, and give me the idea that the people who were going there were probably happy with the status quo. Checking further, I also saw that their growth was stalled and that they had lost pretty much their entire staff. Bigger church.

So I wrote the search team chair back and explained that my passion (as well as that of my wife) was to express our love of God through reaching and serving people. Then I explained what God has done at, in, and through New Hope this year. As the Texans are so fond of saying, "It ain't bragging if it's a fact." And the fact is, the small church on the corner of Aurora and Valparaiso Parkway has been active in expanding the Kingdom and serving the least of these. We've done things we have never done before and seen God do what He's never done here before. We've taken risks and been rewarded.

I told them I liked that. A LOT. And then I explained that I didn't want to waste their time. So if this was anything other than a call to join other people with the same passions that God has placed in me, perhaps someone else would be their man.

Please understand why I did that. I do NOT have all the answers. And while I may preach to a congregation full of sinners every week, they are listening to one of their own kind. But I love Jesus and I love His Church. So stringing them along or even accepting a call to somewhere like that just is repulsive to me. I want them to succeed - to thrive.

I received a very gracious and wise reply.

He thanked me for my thoughtful and insightful reply (my assumptions about their present condition were right on target as was my understanding of their culture and ethos) and then commented that their big struggle was to look forward instead of reminiscing about past glory. Their core membership was very traditional and resisted change and yet the younger lay leadership wanted it.

They are between a rock and a hard place. BTDT

Can they turn their church's future around?

Only to the extent that they die to the past and to personal preferences and decide in their hearts to look to Jesus for His direction and vision for their church. Can a new pastor help them do that? Yes, but if it's just him, it will take forever for him to build trust enough for substantive change to occur. If the church itself is seized with the passion for souls they need, then it can happen much quicker. But it has to happen. The search team chair said that getting the people in his church to agree on what direction to move was like "herding cats." Yes brother, it most surely is.

I watched as my home church, Bethesda Baptist in Macon, struggled with this very same dilemna and finally died an ignoble death. I swore that I would do whatever it took to keep any church God placed me in to avoid that fate. So when I get an opportunity to help a church, even through the search process, I'm doing it. So we parted ways on good terms.

And as I thought about what God is doing through New Hope, I thanked Him again.
Posted by David Wilson at 3:24 PM