The Anguish of Job 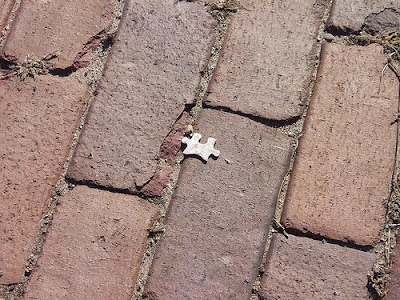 22 Innocent or wicked, it is all the same to God.

That’s why I say, ‘He destroys both the blameless and the wicked.’
23 When a plague sweeps through,

We are studying the book of Job on Wednesday nights, and when we got to these verses last night there seemed to me to be a real chilling effect apparent on our group.

"He laughs at the death of the innocent." - yeah, that'll do it.

But other scholars shed some light.

One may think that here Job spoke wrongly about God (9:23), for is it true that God really "laughs when a plague suddenly kills the innocent"? But the meaning of the word "laughs" must be understood in the context of 9:23-24, where Job was speaking of times of calamity or when wicked persons were in power. God destroys both the guiltless and the wicked in military or natural disasters (9:22), and in that sense he does mock the despair of the innocent. Innocence is no plea against suffering in this world. That sentiment is of one piece with the teaching of Ecclesiastes, which shows that being either good or bad is no guarantee of prosperity in this life because death mocks everyone.—Tyndale Concise Bible Commentary

And Spurgeon wrote some very helpful words when he opined:

"As one is startled by a shriek, or saddened by a groan, so these sharp utterances of Job astonish us at first, and then awake our pity. Physical sufferings had placed a strain on Job's mind, and he sought relief by expressing his anguish. Like some solitary prisoner in the gloomy keep of an old castle, he carves on the walls pictures of the abject despondencies which haunt him. His afflictions are aggravated by vain efforts to alleviate them: he wounds his hand with the rough hammer and nail with which he is engraving his griefs.

Of such tortures many of us have had a taste." - Charles Haddon Spurgeon

35 Can anything ever separate us from Christ’s love? Does it mean he no longer loves us if we have trouble or calamity, or are persecuted, or hungry, or destitute, or in danger, or threatened with death?36 (As the Scriptures say, “For your sake we are killed every day; we are being slaughtered like sheep.” )

37 No, despite all these things, overwhelming victory is ours through Christ, who loved us.